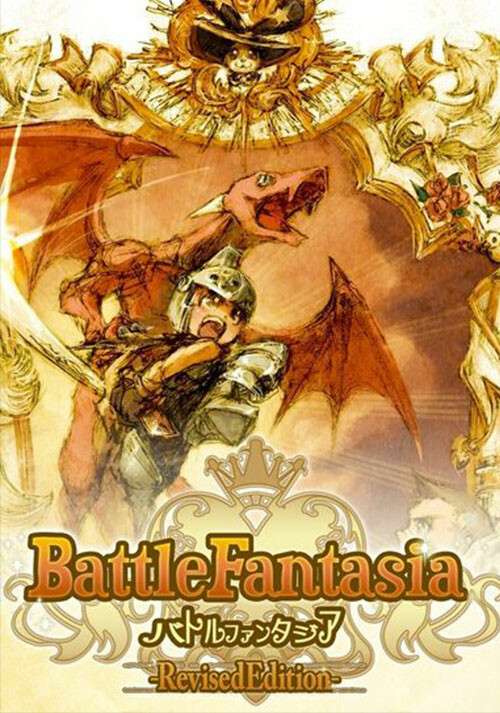 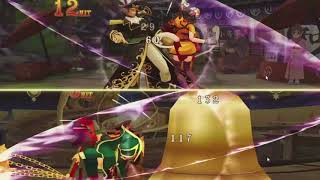 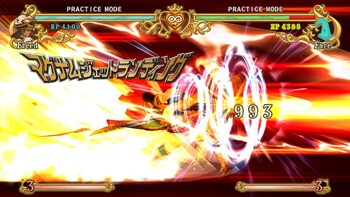 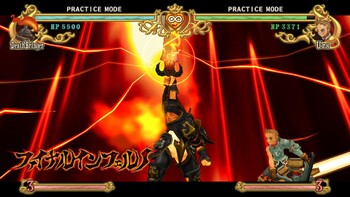 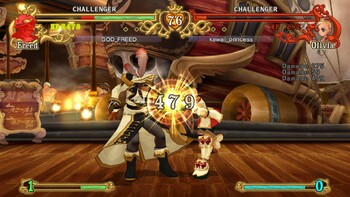 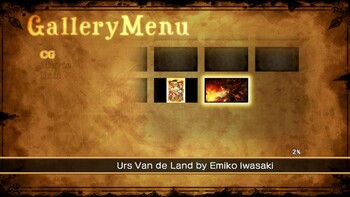 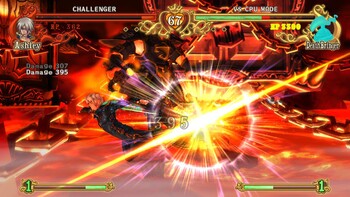 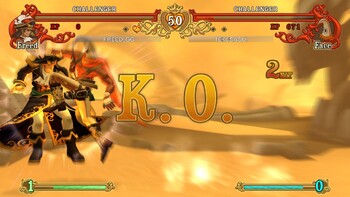 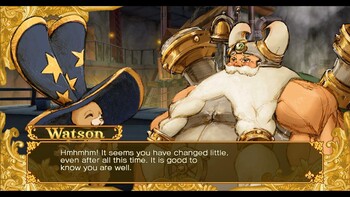 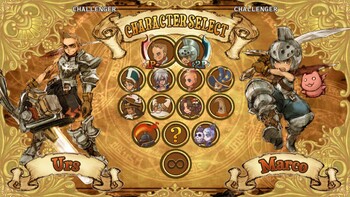 The battle of Light and Darkness has been relit once again
"Battle Fantasia", the fantasy RPG themed 2D Fighting game is now appearing on Steam! Equipped with the latest balances and improved visual effects, fight against your foes and save the world from evil!

Live the fantasy from the arcade scene!
Use the invaluable parry system, "GACHI", to catch your monotonous opponent off, and deliver a devastating counter attack! And, use "Heat-Up" to power-up your character for a limited time, whether it is to maximise your damage, or to create openings in your opponent's defense! Character models are designed in 3D, and blended in to fit the 2D genre for better visual experience. Experience stunning visual effects, without losing that 2D fighting game touch!

Unfold the story of Light and Darkness
12 selectable characters, 24 total scenarios. Watch the story of each character expands with each battle, and under certain circumstances you might find yourself travelling on an unintended path..? Unlock alternate costumes for each character as you progress with the story, and eventually that last greyed out icon* in the Character Selection menu might reveal itself!?
*Not usable in certain game modes.

Multiple game modes
Hone your skills with the Practice mode, or try aiming for the best record in Survival mode! Or, be the fastest speedrunner in Time Attack mode!You can also view the illustrations obtained from the other game modes again in the Gallery mode.

Battle against the world and stake your claim!
Fight against players at the comfort of your home! Players can choose to fight in Ranked Matches, where the wins and losses will be recorded, or they can move to Player Matches and select who to fight. Players can also create a private match under "Player Match" mode, and invite other players in.