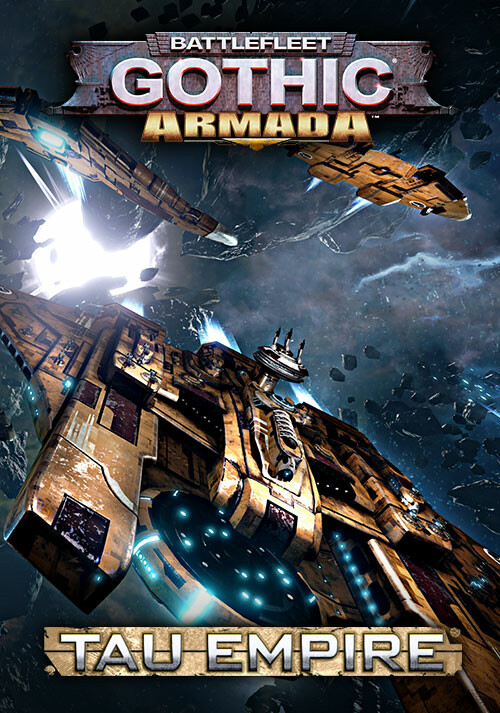 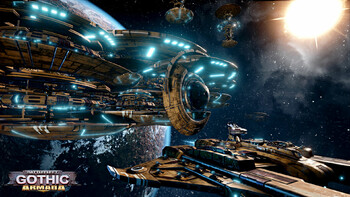 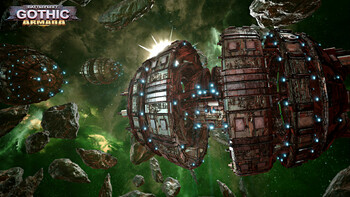 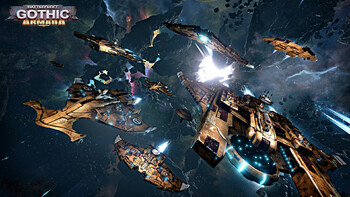 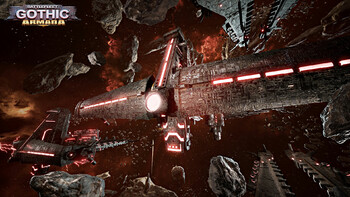 The alien Tau Empire has rapidly expanded across the galaxy, aided by highly advanced technology and driven by a total dedication to the Greater Good philosophy. Their fleets excel at long range, with powerful weapons dealing massive amounts of damage from afar. Skilled Tau admirals can eliminate the bulk of an enemy fleet before they can even get within boarding distance. The Tau have access to a wide array of upgrades and traits to improve their Torpedoes and Ordnances even further.

This DLC allows you to play as the Tau Empire fleet, featuring all-new ships, castes and gameplay mechanics, as well as the unique Warfare system.

Auxiliary Ships
The Auxiliary ships are highly-specialized, designed to fulfil niche roles within the Tau fleet. They have special functions and traits unique to each ship:

Tau Warfare System
Unique to the Tau faction, players can make a decision on the overall strategy for the upcoming battle during the mission at hand, granting special bonuses. A Warfare is chosen by the player during the deployment phase, and cannot be changed afterwards:

Castes
The Castes make up the Tau Empire’s favour system. Individual ships can only have one Caste, but there is no limit to the number of different Caste types you can have in your fleet. Each Caste type is dedicated to a specific role.