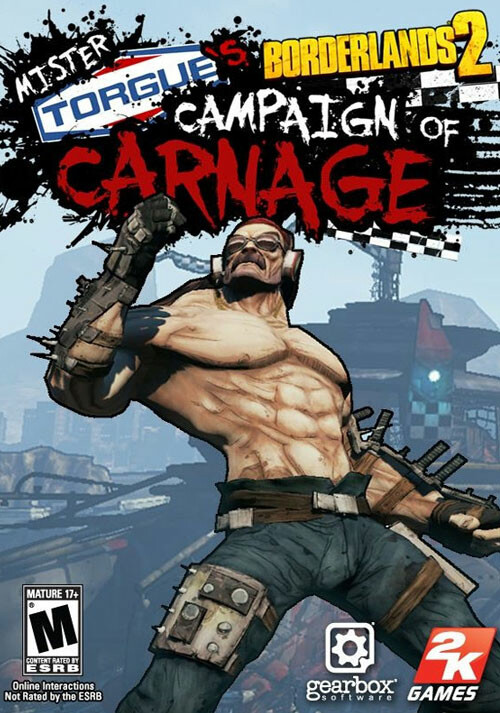 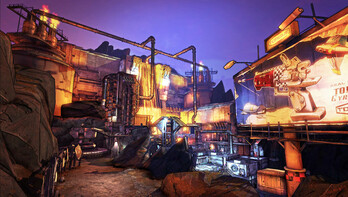 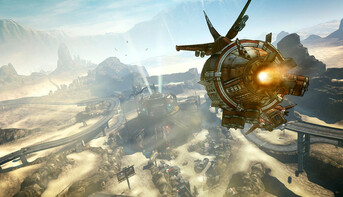 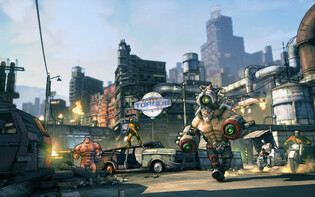 Enter “Mr. Torgue’s Campaign of Carnage” and see if you have what it takes to become champion of this brand new storyline in Borderlands 2. Fight for the Big Loot against some of the baddest baddies in Pandora, including hordes of Biker Bandits. Plus, take special quests from Tiny Tina, Moxxi and others for extra rewards. And don’t forget to bring your friends -- those higher levels get pretty tough.

More Badassitude: Immerse yourself in the Badass Crater of Badassitude and explore never-before-seen parts of Pandora. New Bosses and Enemies: Face off against hordes of new enemies and bosses including Pyro Pete, Motor Momma, Badassaurus Rex, and a blimp. More Characters: Raise havoc with the help of new characters like Piston and Mr. Torgue as well as returning favorites Tiny Tina, Sir Hammerlock, Mad Moxxi, and more! More Adventures, More Gear, and More Explosions: Explode your problems away with crazy new weapons as you fight your way through an all-new story with sidequests aplenty. New Battles: Get in a good old fashioned bar brawl, try to survive a death race, get your gladiator on, and more.

Please note: Add-on Content, Borderlands®2 required to play. This content is part of the Season Pass and will be available to Season Pass purchasers in game upon release. Please check the product code on the spine of your Borderlands®2 game box before purchasing. This DLC Pack is compatible only with North American & Asian (BLUS-30982) Borderlands®2 discs.