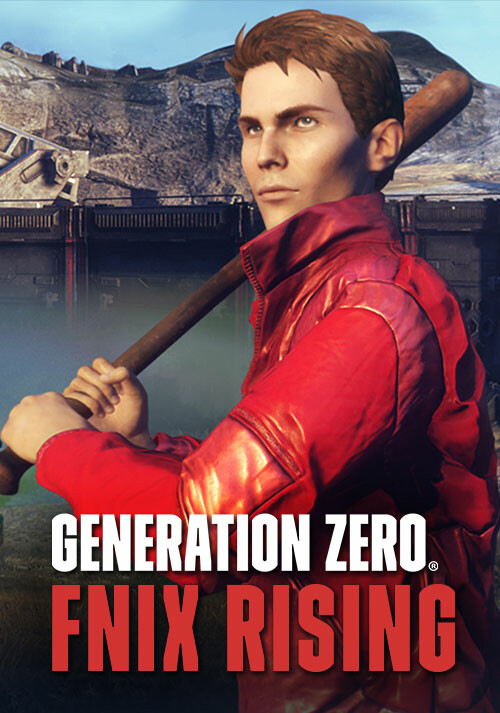 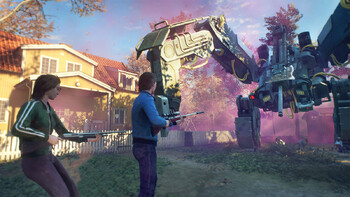 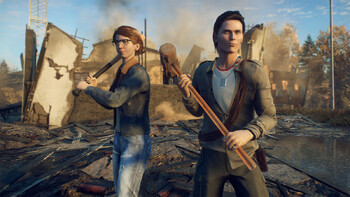 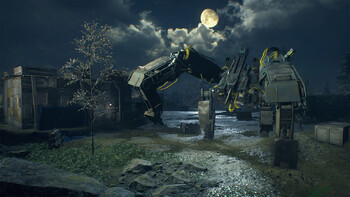 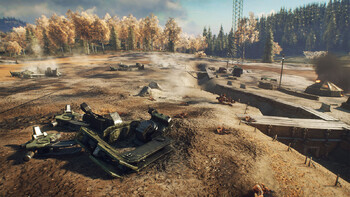 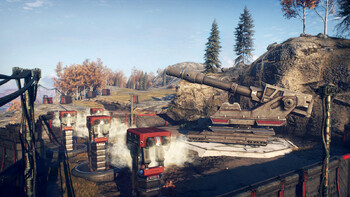 The struggle for survival continues as the year 1989 draws to a close. Hope for finding the missing population has started to dwindle, as you and your friends continue to do your best to stay away from the invading machines and scour abandoned buildings for weapons and equipment. However, recent scouting missions that you have conducted on your own and with friends have yielded some unexpected results - structures that appear to be made by the FNIX machines have started appearing along the Southern Coast of mainland Östertörn. Thankfully it seems that there are also survivors, scattered across both the Southern Coast, the Archipelago and Farmland regions, putting up resistance against the invaders.

ALTERED LANDSCAPES
As your path leads you back to this previously explored area of Östertörn, you discover that the machines have been busy repurposing the landscape to fit their needs. Massive walls that make up fortifications, ominously glowing generators and the looming cable network are but a few of the structures you have sighted while sneaking through the area. Nearby towns are left in ruins as Harvesters gather up any resource that can be of use, leaving only the shells of buildings that once stood there. It’s unclear what FNIX is planning, but whatever it is can’t be good.

THE RESISTANCE GROWS
Your return to the Archipelago and Farmlands regions has also offered you a glimmer of hope, as you bump into clear signs of human resistance. Where once you associated this region mostly for the clear signs of the struggle between the military and the machines in the early days of the invasion, with towns left in ruins and destruction and death everywhere you looked, you are now finding individuals who have managed to survive despite the odds. Pockets of survivors have managed to bunker down in key locations, utilizing strategic positions to stay safe and maximize damage towards the hostile machines. However, their hold is always tentative at best and the enemies are ruthless in their attacks.

MORE TO DISCOVER
There has been more than just a change to the scenery on the Southern Coast and the Farmland regions, so as you explore make sure to keep your eyes open for new collectibles and clothing, as well as new achievements for you to unlock.

MELEE WEAPONS
In the thick of battle, you never want to discover that you are out of ammo. One stroke of bad luck could be what breaks your team up or leaves you dodging bullets, desperately trying to get out of a bad situation. As such, keep your eyes open around the countryside of Östertörn for brännboll bats and sledgehammers. These more rudimentary weapons are perfect for stunning an unprepared Hunter or simply smashing a lunging Tick into tiny pieces.

APOCALYPSE CLASS HARVESTER
It seems that FNIX has been busy building more than just structures on the Southern Coast. Sightings of Apocalypse Class Harvesters have confirmed your fears, and while they seem to primarily be focused on gathering resources around the new buildings, they have been known to tread to other parts of the mainland as well. Usually accompanied by other Apocalypse tier machines, they are formidable on their own as well, known to utilize Biological Aerosol or even Dirty Missiles if you attempt to ambush them.