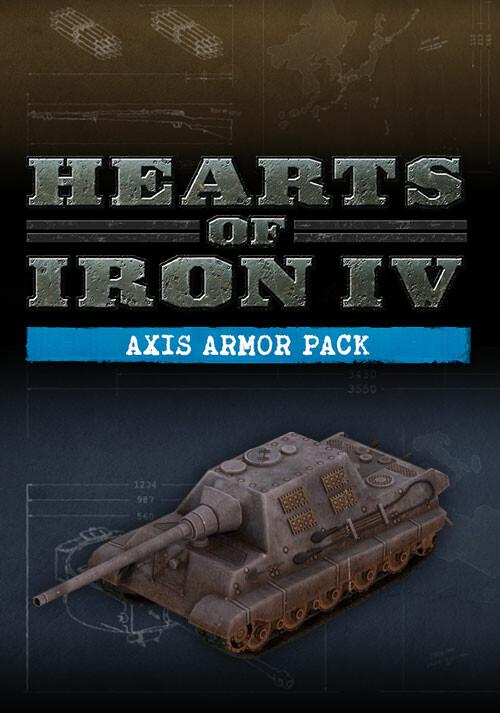 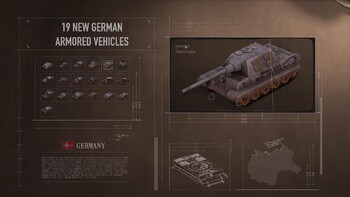 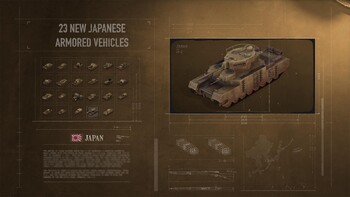 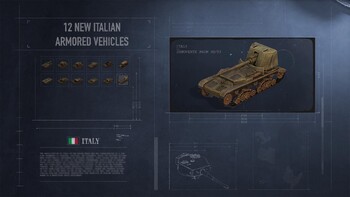 Push through the plains of the Low Countries or the jungles of Burma in style with new 3D unit models of Axis armor units. A total of 53 new armor models are in this pack which, added to the eight tanks available in the German Tank Pack, gives the forces of fascist militarism 61 different armor designs you can see in-game.

As a free bonus - the Axis Armor Pack also includes eight German tank models, previously only available in the Hearts of Iron IV: Colonel edition, such as the King Tiger and the Maus super heavy tank. After all, you can’t have Axis Armor without German tanks.

22 Japanese Armor Models:
A range of every armor type, with seven different Japanese tank designs like the experimental heavy O-I tank that never went into production and a number of tank destroyers.

12 Italian Armor Models:
A roster of Semovente tank destroyers and the always outmatched L6 tank highlight this list of Italian armor from the war.