Add Landlord's Super to your wishlist 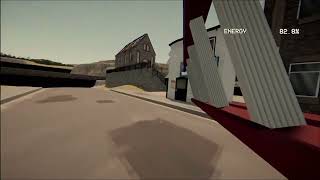 Buy Landlord's Super as a Steam key at Gamesplanet.com

Landlord's Super, is a First-Person Life-Simulation set in the murky midlands of the British Isle during the polarising years of the 1980s. Build stuff, get drunk, build stuff while getting drunk. Your choice.

Landlord's Super. Good things come to those who graft.

Some functionality is not accessible when using the default controller configuration, requiring use of the touchscreen or virtual keyboard, or a community configuration
This game sometimes shows mouse, keyboard, or non-Steam-Deck controller icons
Some in-game text is small and may be difficult to read
This game requires manual configuration of graphics settings to perform well on Steam Deck