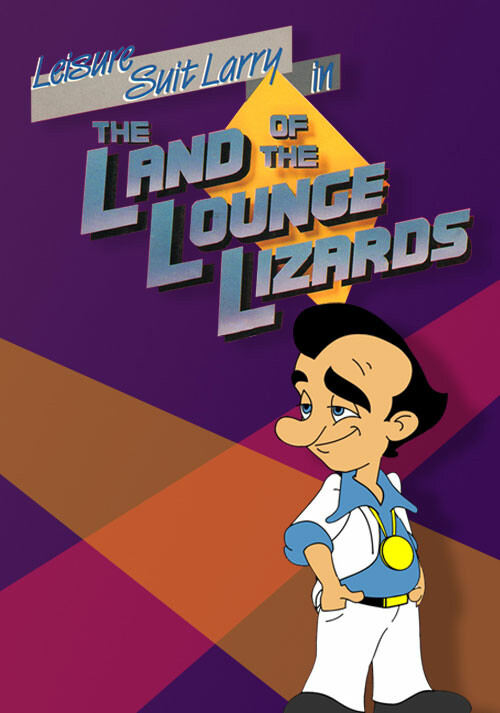 Buy Leisure Suit Larry 1 - In the Land of the Lounge Lizards as a Steam Key.

Larry Laffer is a short, tacky, balding, forty-year-old man who has been living with his mother until recently. He used to be in the software business, but decided to leave everything behind as he moved to the city of Lost Wages in pursuit of sexual fulfillment. Clad in a white polyester leisure suit, Larry finds himself outside of Lefty's Bar, determined to finally lose his virginity - or commit suicide if he is unable to achieve that goal before dawn.

Leisure Suit Larry in the Land of the Lounge Lizards is the first game in Al Lowe's Leisure Suit Larry series, largely inspired by the text adventure Softporn Adventure, though with a greatly enhanced script containing more humorous descriptions and dialogue. A text parser is used to input commands for interaction with a graphical environment. Progress is achieved by collecting various items and figuring out which of those may be essential for conquering the hearts of the several female characters appearing in the game.

Problems with Leisure Suit Larry 1 - In the Land of the Lounge Lizards?