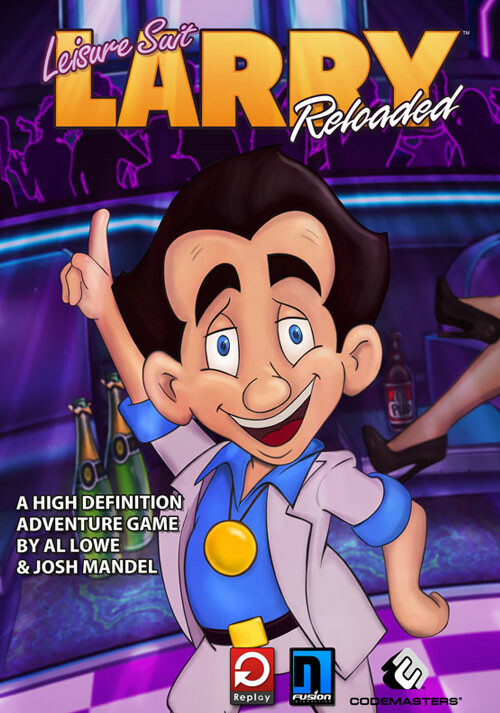 It’s not just the funniest game you’ve ever played… it’s also the most infamous video game of all time!

Leisure Suit Larry in the Land of the Lounge Lizards was first released by Sierra On-Line in 1987 and be-came an international phenomenon. The lovable loser Larry Laffer -- a 40-year-old virgin in pursuit of losing his vir….um, finding true love -- and risqué humor were unlike anything anyone had ever seen or played.

Now Larry’s original creator, the world-famous game designer Al Lowe, has teamed up with Sierra Vet-eran Josh Mandel, to bring this amazing, perverted game back to life – updated and expanded in every way imaginable! All we kept from the original game is the plot. EVERYTHING else is fresh and new including:

What’s more, Leisure Suit Larry: Reloaded is the first major game to be released with funding by Kick-starter! Over 14,000 fans chipped in to bring Larry back to life!

Will Larry find true love? Will Lost Wages ever be the same? And will YOU want to play any other come-dy adventure once you’ve played Leisure Suit Larry: Reloaded? There’s only one way to find out!