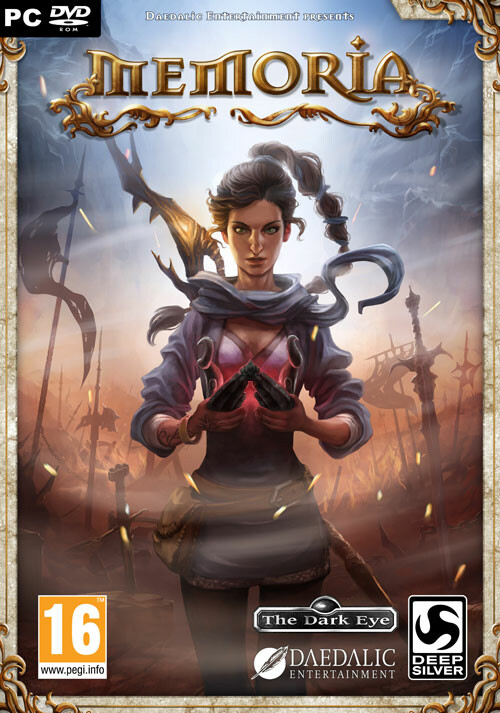 Add Memoria to your wishlist

Buy Memoria as a Steam Key.

Sadja, a Southern princess, has an unstoppable desire to become the greatest hero in history – by joining and succeeding in the biggest war Aventuria has ever seen: The war of the Mages, fought in the middle of an uninhabitable desert.

Bird catcher Geron lives almost 450 years after the Great War. Geron’s eternal love, Nuri, has been turned into a crow by an evil curse. To give her back her human form, Geron needs the help of the mysterious merchant Fahi, who has magical powers. But Fahi is only willing to help Geron if he agrees to solve a puzzle which Fahi has seen in his dreams. The quest for answers soon leads to a chain of events that connects both Sadja's and Geron's stories, threatening to turn the present into a grim reflection of a long forgotten past.