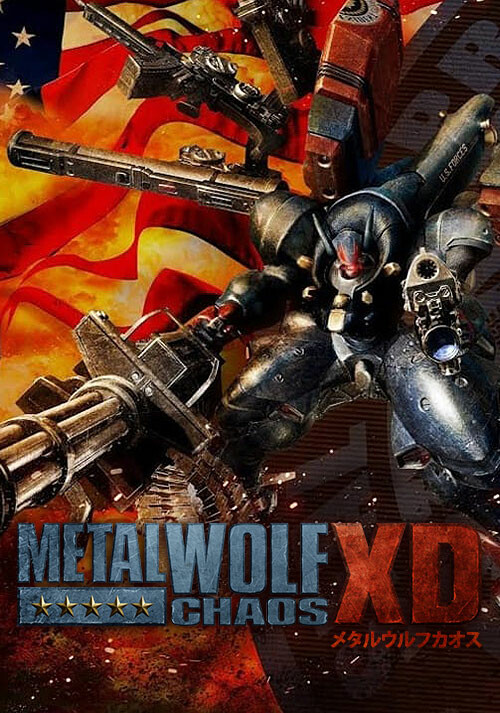 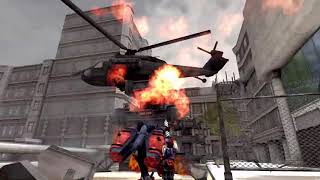 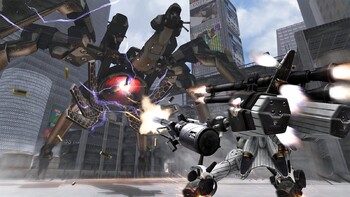 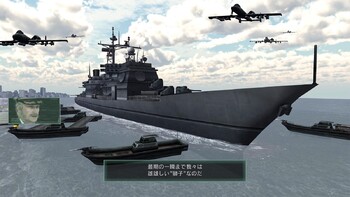 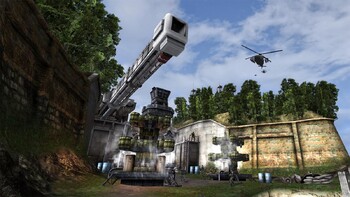 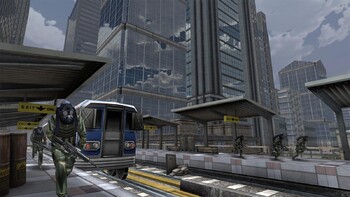 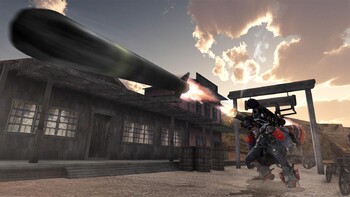 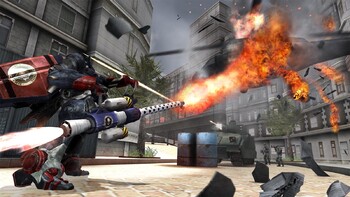 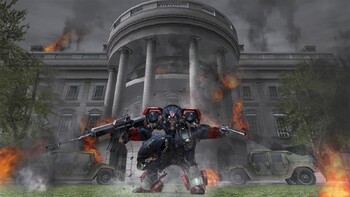 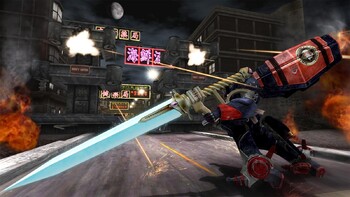 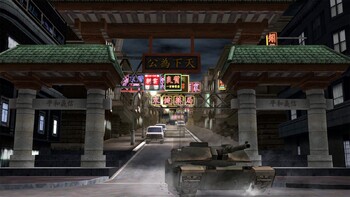 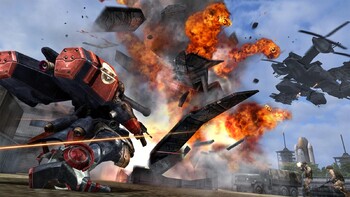 This game cannot be activated in Japan.

The country is in peril as President Michael Wilson defends the nation against a full-scale rebellion led by Vice-President Richard Hawk and the mechanized legions he commands. As the 47th President of the United States, it is your sworn duty to take your country back by any means necessary and end this unjust coup d'etat! Battle in your advanced mech - armed to the teeth - across iconic American landscapes including the Brooklyn Bridge, the Grand Canyon, and the front steps of the White House.

FromSoftware originally released Metal Wolf Chaos in December 2004, appearing exclusively on the original Xbox and only in Japan. The game went on to become somewhat of a legend as it was hard to acquire and even harder to play outside of Japan with most fans experience of the game through YouTube videos and the occasional screenshot. Devolver Digital and FromSoftware have partnered together with developer General Arcade to modernize Metal Wolf Chaos with updates to the game including upgraded visual fidelity, refined controls and gameplay, a new save system, and 4K + 16:9 support for modern displays.

"A masterpiece of absurdist theatre, and a damn fine double-A mech game too. "

"Metal Wolf Chaos XD is a totally unique experience that is worthwhile for anyone who's a fan of early 2000's action, or satirical and off-the-wall humor."

"As much as people may look at this game as a meme and a novelty, Metal Wolf Chaos XD is more of a gem in the rough, a severely underappreciated title in FromSoftware's excellent..."