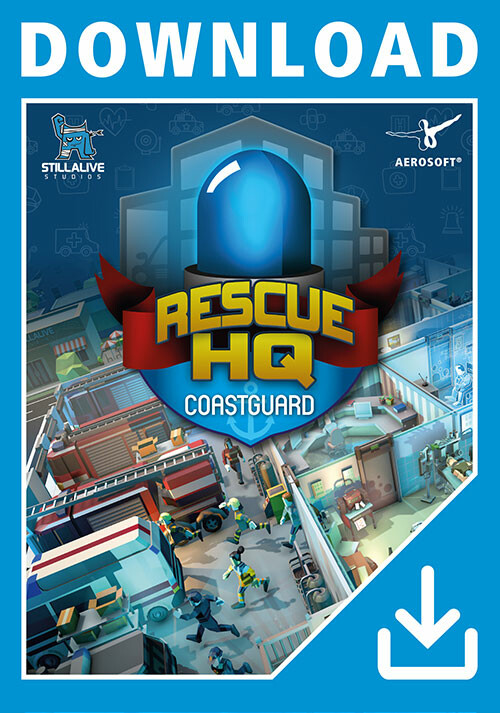 Protect your city from the dangers of water.

In the Rescue HQ DLC - Coastguard, you have the opportunity to protect the citizens of your city not only on land, but now also on the water and master a wide variety of missions.

Whether sailing races on the Thames, unsuccessful diving attempts or smuggling operations in the bays of the London waters, have your forces ready for everything.

Make important decisions and for the first time also build boats that will help you to master the missions on the water as well as possible. Can you save the citizens of London and remain steadfast even in swift waters? The royal house is counting on you!

© 2020 AEROSOFT. All rights reserved. All trademarks and brand names are trademarks or registered trademarks of the respective owners. Copyrights are serious stuff. If you find any pirated copies of this software please notify us. We will make sure reports of copyrights violation are rewarded.