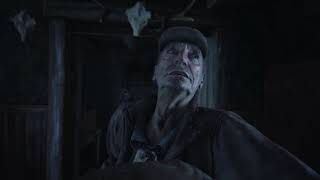 Resident Evil Village (RE8) announced, coming to PC and conso...

Fresh from the Playstation 5 reveal event comes the announcement of the long-rumoured Resident Evil 8, which is coming to PC, Xbox Series X and Playstation 5 in 2021. The next entry in the popular survival horror series will be called Resident Evil Village and takes place after the events of RE7. Once again you'll play as Ethan Winters, who is now living peacefully with his...

Experience survival horror like never before in the eighth major installment in the storied Resident Evil franchise - Resident Evil Village.

Set a few years after the horrifying events in the critically acclaimed Resident Evil 7 biohazard, the all-new storyline begins with Ethan Winters and his wife Mia living peacefully in a new location, free from their past nightmares. Just as they are building their new life together, tragedy befalls them once again.