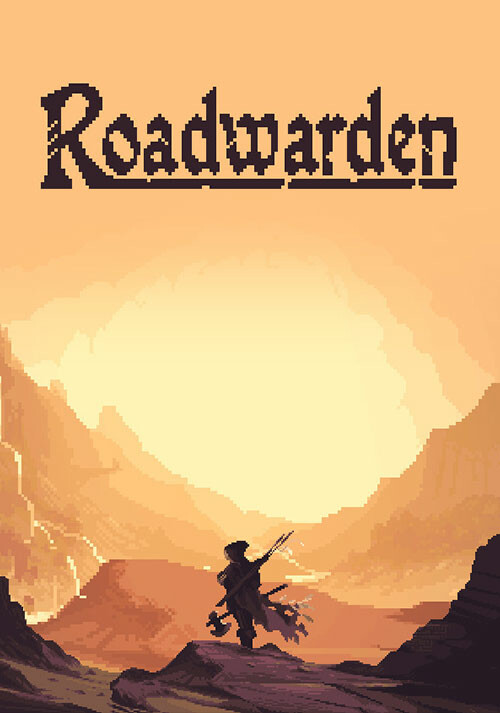 Add Roadwarden to your wishlist 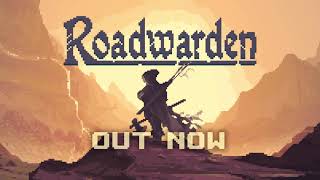 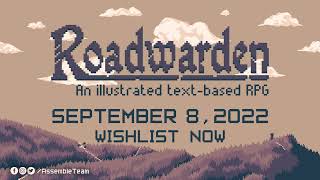 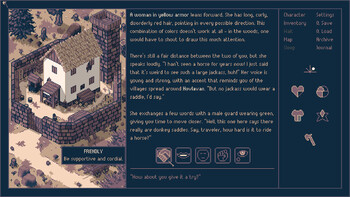 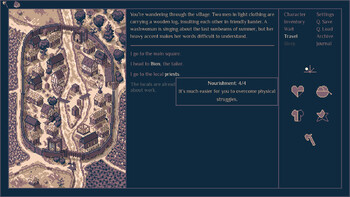 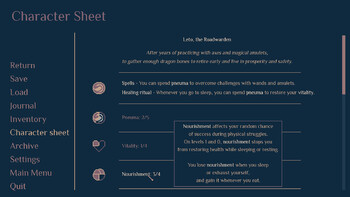 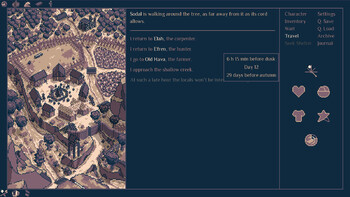 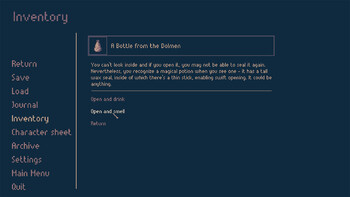 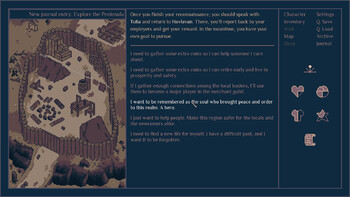 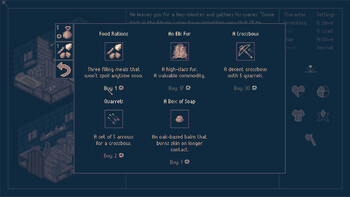 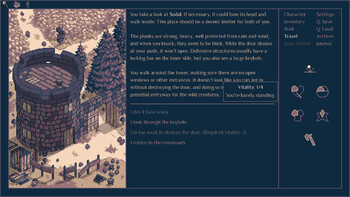 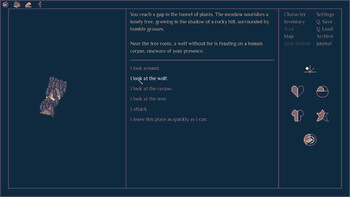 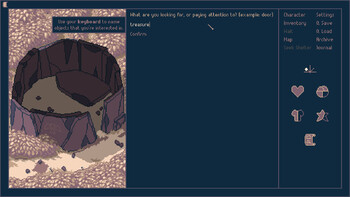 Buy Roadwarden as a Steam key at Gamesplanet.com

YOU ARE THE ROADWARDEN
A brave stranger putting your life on the line to make a difference in this grim fantasy world. While most people would never risk a solitary journey through the wilder parts of the land, you willingly accept the struggle. You guard travellers, connect isolated villages, support merchants, and repel attacking creatures, bandits, or even undead.

TAKE THE PLUNGE
A powerful merchant guild has called on your services, sending you on a journey into the unknown planes of a mysterious peninsula in the hopes to expand the guild’s influence even further. Explore this world and gather as much information as possible to reveal the secrets surrounding the area. It’s a dangerous task, but an equally respectable one.

"A beautifully structured, rich and thoughtful adventure with gentle but decisive RPG elements."

"An atmospheric and compelling text-only role-playing game, with a realistic approach to survival and building relationships – where every action and failure comes with lasting..."

To install and launch Roadwarden Demo, you need to have the Steam application installed. Is Steam installed on this computer?