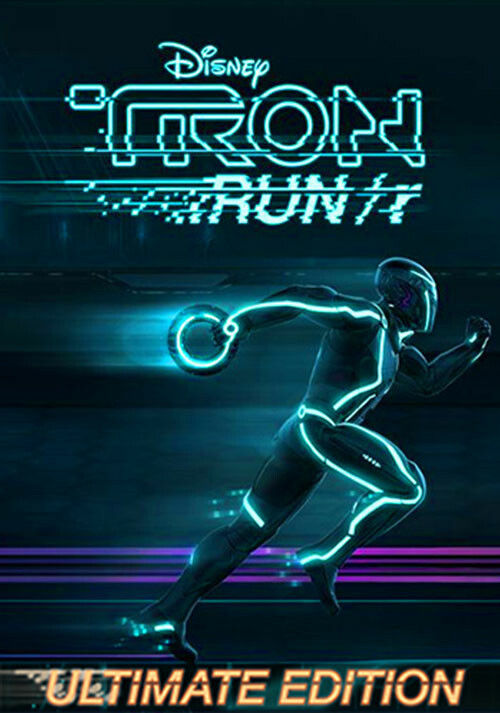 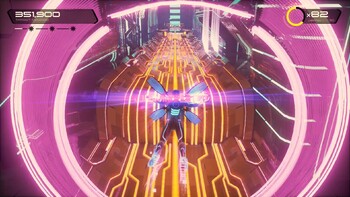 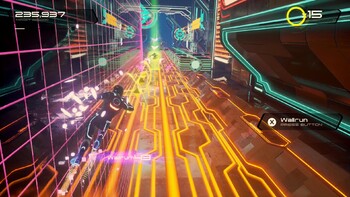 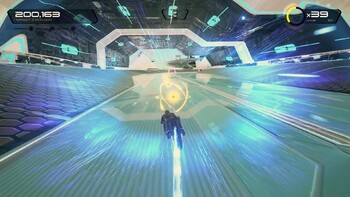 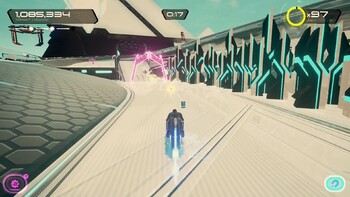 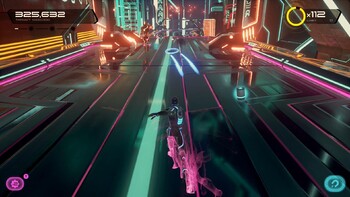 Return to the world of TRON with TRON RUN/r, a new lightning fast, action-adventure racing game with a twist! Blaze through dynamic circuits, facing-off against virulent adversaries while taking on all challengers.

Pack your loadouts with dozens of combinations of cycles, suits and powerups. Hone your DISC and CYCLE skills on the 32 included levels, then challenge your friends to the grueling STREAM program that throws endless combinations of modes and levels at you until you crash - how long can you survive? The one who outlasts all tops the leaderboard!

New music from EDM godfather Giorgio Moroder and Raney Shockne, and remixes by Autechre, Bibio, patten, Joywave and others power you through this dazzling TRON universe. Just when you think you’ve mastered it all, you’ll discover there’s more here than meets the eye . . .

"TRON RUN/r is one of the most entertaining and spectacular runners around, but that has come at a price."

"Tron Run/r is a truly addictive runner, combining fantastic visuals with buttery-smooth gameplay. It controls like a dream, has tons of variety in the levels and goes at a..."

"Tron Run/r is easily one of my favorite take on the runner genre, even despite the occasional stumble. This is not a game that you should derezz anytime soon."

To install and launch TRON RUN/r: Ultimate Edition Demo, you need to have the Steam application installed. Is Steam installed on this computer?