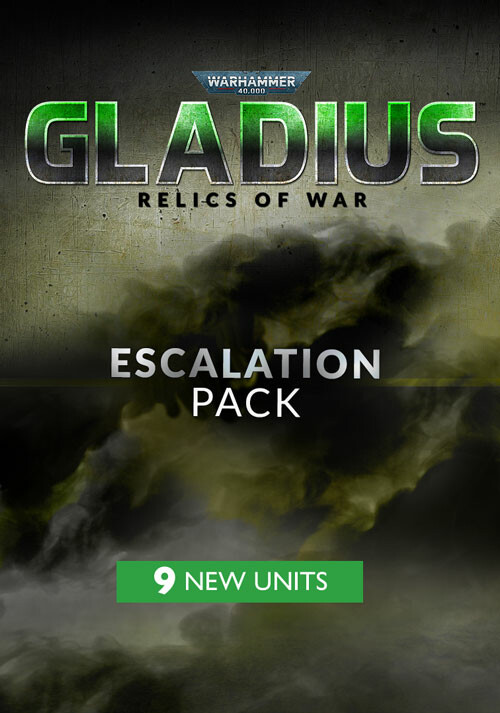 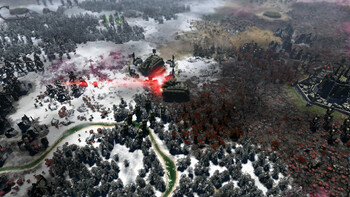 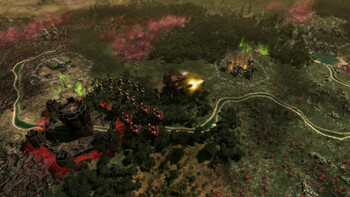 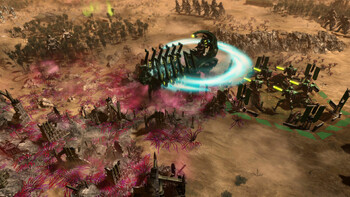 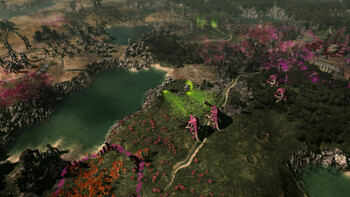 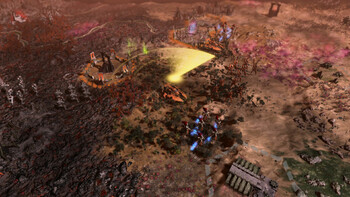 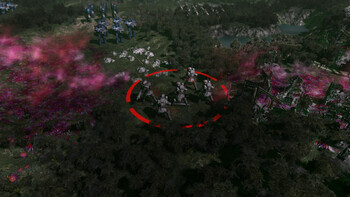 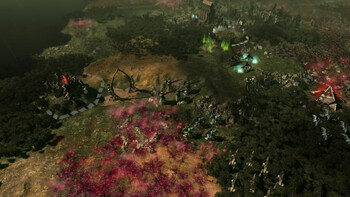 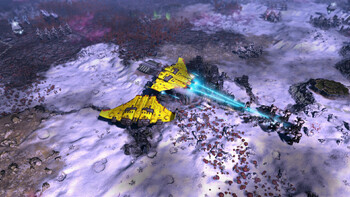 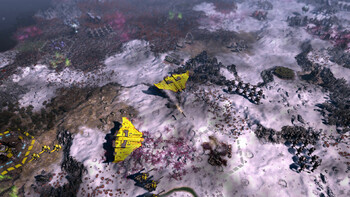 New unit types for all factions enter the fray with the Escalation Pack. Each of the new units brings something new to their faction: support abilities, superior firepower, devastating psyker powers, and more.

Chaos Space Marines - Forgefiend
Fast walker unit with twin rotary guns.
The Forgefiend Daemon Engine was originally devised to sow death amongst enemy forces from afar. Roughly centauroid in form, the torso of the Forgefiend boasts wtin weapon-mounts that carry hell-forged parodies of Imperial armaments. The most common Forgefiends are created with pairs of hades autocannons in place of their primary limbs, rotary gun-clusters that allow them to scythe down masses of enemy troops and even lightly armoured vehicles with contemptuous ease.

Tyranids - Hive Guards
Ranged tough infantry unit.
Hive Guard are heavily armoured gun-beasts bound to extremely powerful symbiotic bio-weapons. Though they have no eyes, Hive Guard possess a weak telepathic ability thatallows them to perceive through the senses of other Tyranids, giving them access to a wealth of targeting information that would overwhelm even the most sophisticated technological cogitator. The scant mental capacity apportioned to the Hive Guard means that, without the direction of the Hive Mind, they have been known to stand motionless, waiting for prey to come within range instead of moving forwards to engage.

Adeptus Mechanicus - Skitarii Rangers
Doctrina Imperatives infantry unit with a sniper weapon and move through cover.
Where the Tech-Priests are hunters of knowledge, their Skitarii Rangers are hunters of sentient creatures – the enemies of the Omnissiah in particular. These unstoppable cyborgs do not rest until the bloody deed is done, for they are driven ever onward by the imperative to locate their foes and ensure their destruction. They do this not in Drop Pod strikes launched from above, nor by sudden teleportation into the midst of the enemy, but by stalking their quarry over the course of weeks or even months until it can run no more. Once the designated target is in their crosshairs the air fills with the thump and crackle of galvanic weaponry, even as the Skitarii continue their relentless advance. The stink of electrocuted corpses is never far behind.

Space Marines – Scouts
Infantry unit specializing in reconnaissance and infiltration.
The first the enemy knows of a Scout Squad’s presence is when its advance is brought to a sudden, violent halt. Heads snap back and warriors crumple to the floor, neat holes drilled through their skulls by sniper fire. The sudden boom of shotguns sees foes thrown from their feet with bloody craters blasted in their chests and backs. Bolt pistols bark, counterpointed by the thump of heavy bolter fire and the screams of the dying as enemies caught in the crossfire are torn apart by mass-reactive shells. Even artillery and heavy weapons troopers are not safe, as ambushing Scouts burst from concealment to wreak havoc on the enemy’s rear lines. However a Scout Squad chooses to attack its foes, it will be with total surprise and from an unexpected quarter, their stealth and cunning proving to be just as deadly as bolter and blade.

Astra Militarum – Devil Dog
Fast tank unit with a deadly armour-melting cannon.
Acquiring its name from the high-pitched howl this weapon makes upon firing, the Devil Dog is capable of punching far above its weight in armoured combat. Indeed, many Devil Dog crews style themselves as big game hunters or monster slayers, excelling in the eradication of enemy armour and exceptionally heavy infantry assets. A foe forced to fight protracted campaigns in dense terrain against the Imperial Guard soon learns to dread the hunched silhouette of the Devil Dog – those who don’t soon find their vehicles reduced to molten slag by this aggressive and fast moving tank hunter.

Necrons – Ghost Ark
Transport vehicle with healing abilities.
Ghost Arks are tasked with trawling for remnants of Necrons unable to self-repair. Recovered components are set upon by swarms of constructor scarabs that return the fallen Necrons to full function. Repaired warriors are then locked in stasis until the Ghost Ark is at capacity, at which point it will either return its cargo to their tomb world or else deploy them directly into battle. Ghost Arks are often used as conventional transports that ferry reinforcements into battle – however, they truly come into their own once their grim cargo has disembarked. Drifting behind the ranks of Necrons, the Arks flicker with emerald energies as they repair one fallen foot soldier after another. The enemy can only watch with dawning horror as their best efforts to slay the Necrons are undone.

Eldar – Hornets
Fast reconnaissance skimmer unit.
The Hornet is a small, single-seater attack craft deployed by Aeldari armoured forces in a fast reconnaissance and raiding role. It can be found at the forefront of Aeldari armoured attacks, speeding ahead of the main force of Wave Serpents, often operating alongside other high-speed attack craft such as Jetbikes and Vypers. Even by the Aeldari race's high standards, the Hornet's engine is a wonder of its kind.

Orks - Megatrakk Scrapjets
A metal tube covered in things that make enemies die.
A favourite amongst Speed Freeks and grounded Flyboyz alike, Megatrakk Scrapjets provide rocket-propelled acceleration, impressive firepower and the hilarity of ramming into enemy lines at the helm of what is effectively a gigantic, thrust-driven drill. These vehicles allow former Ork pilots to revel in the dimly-remembered joy of mowing down enemies at point-blank range – a joy which, of course, often caused the Flyboy to crash in the first place. Explosions blossom amidst the enemy as rokkits and missiles collide with their targets, while Grot tail-gunners blaze away with chattering big shootas – the array of weaponry welded, bolted, riveted and lashed onto a Megatrakk Scrapjet is fearsome.

Tau – Tiger Shark
Flying super-heavy fighter-bomber unit equipped with maximum firepower.
The Tiger Shark is a large aircraft deployed in a fighter bomber role. Often encountered flying in support of T'au Hunter cadres during major operations, the Tiger Shark's main role appears to be the deployment of drones although, more recently, those armed with multiple seeker missiles have also been encountered. Efforts by the Adeptus Mechanicus to recover damaged Tiger Shark craft from battlefields have been met by fierce resistance by T'au Empire forces, as well as by certain elements of the Inquisition.