Add Armored Core VI: Fires of Rubicon to your wishlist 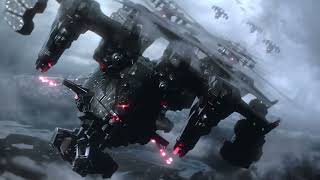 Buy Armored Core VI: Fires of Rubicon as a Steam key at Gamesplanet.com

In ARMORED CORE VI FIRES OF RUBICON, players will assemble and pilot their own mech with 3D maneuverability to move freely through three dimensional fast-paced missions. Take on difficult challenges and overwhelm your enemies with dynamic movements that make full use of ranged and melee combat. Players can enjoy a variety of actions that can only be truly realized with mechs.

Story Overview
A mysterious new substance was discovered on the remote planet, Rubicon 3. As an energy source, this substance was expected to dramatically advance humanity’s technological and communications capabilities. Instead, this substance caused a catastrophe that engulfed the planet and the surrounding stars in flames and storms, forming a Burning Star System.

Almost half a century later…
The same substance resurfaced on Rubicon 3, a planet now contaminated and sealed off by the catastrophe. Extra-terrestrial corporations and resistance groups fight over control of the substance.