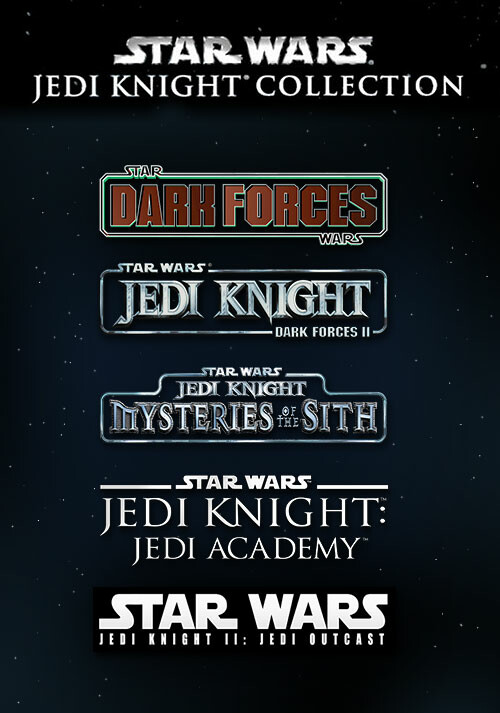 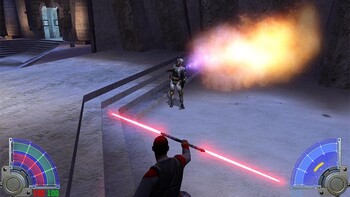 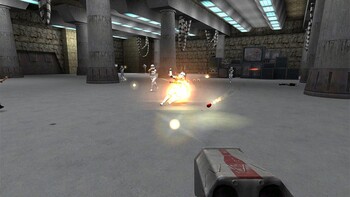 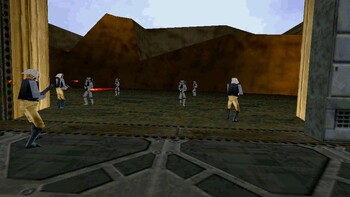 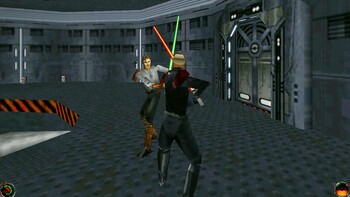 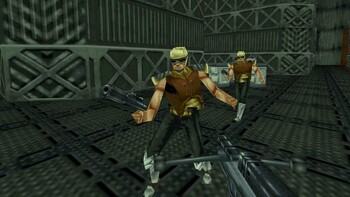 Star Wars Jedi Knight : Dark Forces II
Dark Forces™ set the industry standard for first person action in the Star Wars® universe. Now Jedi Knight: Dark Forces II picks up where the award-winning game left off...with even more features and firepower in dazzling 3D graphics. As Kyle Katarn, you must acquire the lightsaber and learn the ways of the Force to become a Jedi Knight. Confront old foes... Greedo, Boosk, stormtroopers. And new enemies... seven dark Jedi who plan to harness the power of an ancient burial ground for unsurpassed evil. But take heart, your 10 weapon arsenal and over 12 Force powers make you a force to be reckoned with.

Star Wars Jedi Knight : Jedi Academy
Forge your weapon and follow the path of the Jedi

Star Wars Jedi Knight : Mysteries of the Sith
It is five years after Kyle's victory over the seven dark Jedi. Invading Imperial forces advance upon a quiet Rebel outpost, interrupting Kyle's training of a brave new Jedi, Mara Jade. First introduced in Timothy Zahn's award-winning Star Wars novel, Heir to the Empire, Mara Jade blends her past experiences as a one time smuggler and Emperor's Hand with her apprenticeship as a Jedi Knight. Armed with four new weapons and five new Force powers, Mara must secure supplies desperately needed by the New Republic while Kyle, believing it a part of his destiny, pursues the secret treasures shrouded in an ancient Sith temple.

Can the New Republic's boldest female Jedi protect the Rebel base, negotiate with Ka'Pa the Hutt, then ward off a phalanx of enemies?

Will the ancient secrets of the Sith unleash new powers?

Are Kyle and Mara strong enough to resist the temptations of the dark side, or will new entanglements seduce them?

Star Wars : Dark Forces
Behind a veil of secrecy the evil Empire is creating a doomsday army - one that, if finished, will become the final cog in the Empire's arsenal of terror and domination.

Your Mission? Join the Rebel Alliance's covert operations division, infiltrate the Empire, then battle every man and machine the Imperial Forces can muster. Search a vast galaxy for clues, attack enemy bases-all in a desperate attempt to stop the activation of this fearsome new weapon.