Add TEKKEN 8 to your wishlist 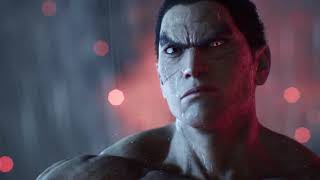 Buy TEKKEN 8 as a Steam key at Gamesplanet.com

TEKKEN 8, the brand-new entry in the legendary TEKKEN franchise, brings the fight to the new generation!

A Fighter for a New Generation
Powered by Unreal Engine 5 and exclusively available on PS5, Xbox Series X|S, and PC Digital, TEKKEN 8 pushes the limits of new-gen hardware and technologies. The game features high-definition character models built from the ground-up with high-fidelity skin and hair, along with immersive graphics such as muscles that shift to reflect character movement.

New Game, New Rivalry
The TEKKEN series holds the record of being the longest-running story in a video game franchise. Just as the ending dialogue of Tekken 7 mentioned, this new entry will focus on the father and son showdown between Kazuya Mishima and Jin Kazama.

A Fighter for a New Generation
Destructive and stunning visual effects throughout the stage and moves add weight and atmosphere to each battle. TEKKEN 8 turns every moment of impact into a spectacle, and every victory into an epic story.