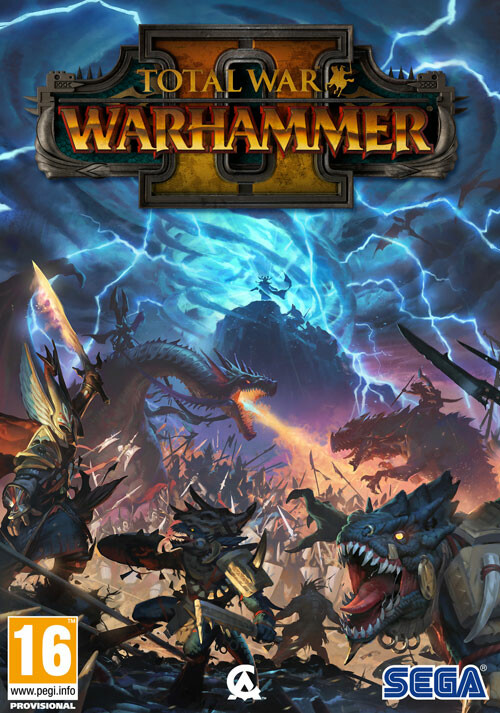 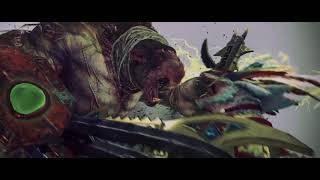 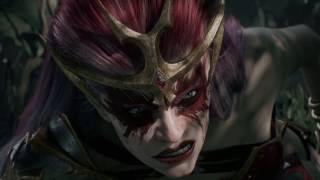 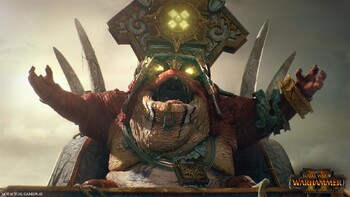 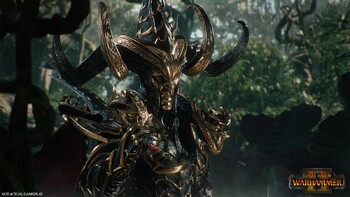 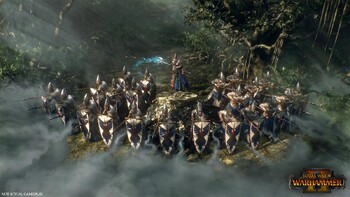 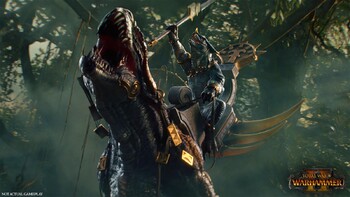 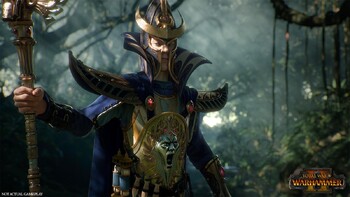 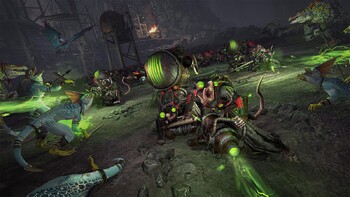 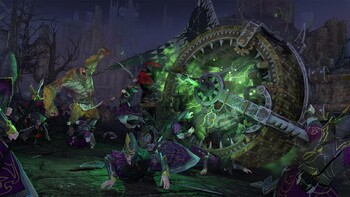 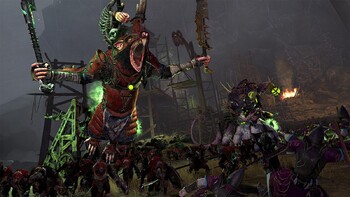 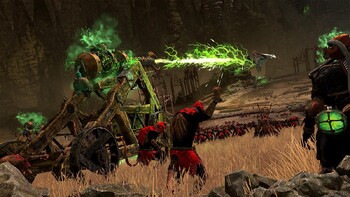 Defend your world. Destroy theirs.
Total War: WARHAMMER II is a strategy game of titanic proportions. Choose from four unique, varied factions and wage war your way – mounting a campaign of conquest to save or destroy a vast and vivid fantasy world.

This is a game of two halves – one a turn-based open-world campaign, and the other intense, tactical real-time battles across the fantastical landscapes of the New World.

Play how you choose – delve into a deep engrossing campaign, experience unlimited replayability and challenge the world in multiplayer with a custom army of your favourite units. Total War: WARHAMMER II offers hundreds of hours of gameplay and no two games are the same.

World-Spanning Conquest
Engage in statecraft, diplomacy, exploration and build your empire, turn by turn. Capture, build and manage teeming settlements and recruit vast armies. Level up Legendary Lords and Heroes and arm them with mythical weapons and armour. Negotiate alliances or declare Total War to subjugate any that stand between you and your goal.

About the game
The second in a trilogy and sequel to the award-winning Total War: WARHAMMER, Total War: WARHAMMER II brings players a breath-taking new narrative campaign, set across the vast continents of Lustria, Ulthuan, Naggaroth and the Southlands. The Great Vortex Campaign builds pace to culminate in a definitive and climactic endgame, an experience unlike any other Total War title to date.

Playing as one of 8 Legendary Lords across 4 iconic races from the world of Warhammer Fantasy Battles, players must succeed in performing a series of powerful arcane rituals in order to stabilise or disrupt The Great Vortex, while foiling the progress of the other races.

Shortly after launch, owners of both the original game and Total War™ WARHAMMER II will gain access to the colossal third campaign. Exploring a single open-world epic map covering the Old World and the New World, players may embark on monumental campaigns as any owned Race from both titles.

The World of Total War: WARHAMMER II
Millennia ago, besieged by a Chaos invasion, a conclave of High Elf mages forged a vast, arcane vortex. Its purpose was to draw the Winds of Magic from the world as a sinkhole drains an ocean, and blast the Daemonic hordes back to the Realm of Chaos. Now the Great Vortex falters, and the world again stands at the brink of ruin.

Powerful forces move to heal the maelstrom and avert catastrophe. Yet others seek to harness its terrible energies for their own bitter purpose. The race is on, and the very fate of the world will lie in the hands of the victor.

Prince Tyrion, Defender of Ulthuan, guides the High Elves in their desperate efforts to stabilise the vortex as it roils above their home continent.

Atop his palanquin-throne, the Slann Mage-Priest Mazdamundi directs his Lizardmen war-hosts as they surge northward from Lustria. He, too, is intent on preventing cataclysm, though the methods of The Old Ones must prevail.

The Witch King Malekith and his sadistic Dark Elf hordes spew forth from Naggaroth and their labyrinthine Black Arks. He tastes great weakness in the vortex – and great opportunity in its demise.

Meanwhile the Skaven, led by Queek Headtaker, stir in their foetid subterranean tunnels. There they multiply unchecked and look hungrily towards the surface, their motives obscured. The time for revelation is nigh…

Four races, four outcomes, a single goal: control of the Great Vortex, for good or ill.

"No matter how good a Total War game is, the follow-up campaign is always better. Warhammer 2's is no exception."

"A maximalist sequel that improves on almost every aspect of the first game."

"I feel like a broken record saying this is the best Total War game so far, since I've felt that way about each major release since Attila. But it really is true: Creative Assembly's..."

Some functionality is not accessible when using the default controller configuration, requiring use of the touchscreen or virtual keyboard, or a community configuration
This game sometimes shows mouse, keyboard, or non-Steam-Deck controller icons
Entering some text requires manually invoking the on-screen keyboard
This game displays compatibility warnings when running on Steam Deck, but runs fine
In-game interface text is legible on Steam Deck
This game's default graphics configuration performs well on Steam Deck
This game does not default to external Bluetooth/USB controllers on Deck, and may require manually switching the active controller via the Quick Access Menu