Add Wreckfest to your wishlist 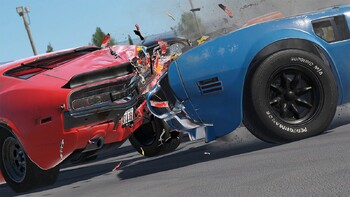 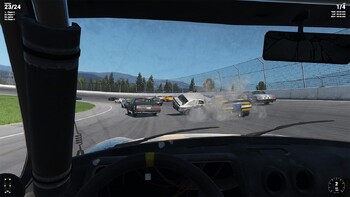 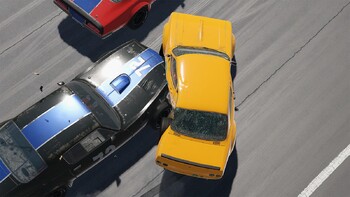 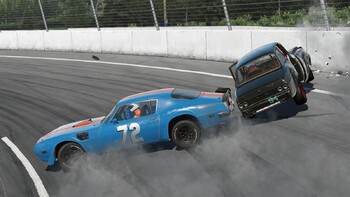 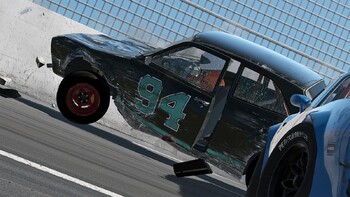 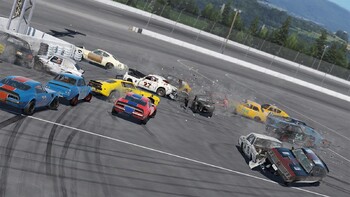 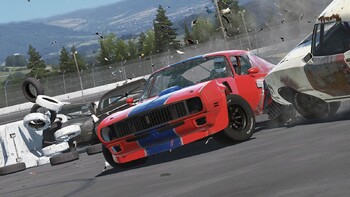 Wreckfest gets a Holiday update with brand new free tracks an...

Cause more mayhem and destruction as a brand new update for THQ Nordic's demolition derby racing game Wreckfest is now available. Featuring two new tracks, voting for multiplayer, car customization for the multiplayer lobby and more! As well as the update players will also be able to get their hands on even more cars with The Modified Monsters Car Pack, which is part of the...

Buy Wreckfest as a Steam key at Gamesplanet.com

Expect epic crashes and tight, neck-to-neck fights over the finish line on run-down racing tracks. Expect proper demolition derbies. Expect brand new ways for metal to bend and the signature once-in-the-lifetime moments that can be achieved only with true-to-life physics simulation.

Unique Racing Experience
First and foremost, we’re building a FUN racing game with PERSONALITY. It’s all about the stuff that really matters: varied tracks, cool cars, and the defining once-in-the-lifetime moments that can be achieved only with true-to-life physics simulation. If you’re familiar with our previous games, you already know what we’re aiming at: exhilarating racing action with sophisticated physics and damage modeling, only this time we’re upping the ante on almost every front. This is the game we envisioned way back in the early 2000s, only re-imagined for today’s technology and gaming standards.

Awesome Cars
The cars are old, cheap, banged up, patched together, rusty… just awesome! In short, our cars ooze with STYLE. You won’t find anything like them in other racing games. We’ve got variety, as well: everyone loves the old American heavy-hitters from the muscle car era, but we’re not neglecting the fun little European and Asian cars from the long-gone decades either. The best part is that you’ll be taking them apart and building them back up again in your garage; the career is as much about your garage and your project cars as it is about racing.

Exciting Engine
Our in-house ROMU engine is a hell-bent beast that's precision-engineered for high-speed, breakneck racing. We have also already implemented fully deformable soft body car damage, meaning that the cars will react to damage in a very tangible, convincing way. While we're focused on action, motorsport authenticity is not forgotten, either. To that end our engine is simulating vehicle dynamics in a very sophisticated fashion. Rolling resistances, casters and slip angles are definitely not ancient Greek to us, and you as the player will be the one benefiting from our expertise.

"Not only one of the best racing games of the generation but for once one that feels genuinely different to any of its major rivals – unless you count spiritual predecessor FlatOut."

"Smashing up cars is fun, and Wreckfest is an old-school racer that delivers on that thrill"