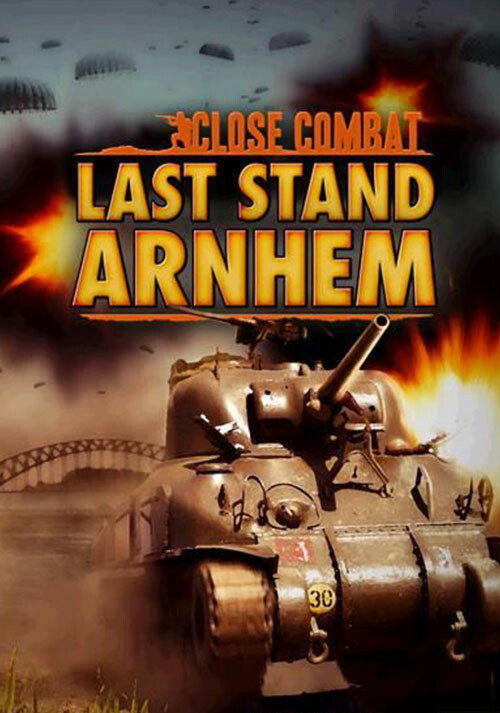 "Out of ammunition. God Save the King." – This was the message sent by the British forces in the final hours of the struggle for Arnhem Bridge. It was intended for the Allied forces, but it was only heard by the Germans.

Close Combat – Last Stand Arnhem is a highly enhanced new release of Close Combat, using the latest Close Combat engine with many additional improvements. Its design is based on the critically acclaimed Close Combat – A Bridge Too Far, originally developed by Atomic Games, as well as the more recent Close Combat: The Longest Day. This is the most ambitious and most improved of the new Close Combat releases.

As the Allies, you will carry out the world’s largest airborne operation, Operation Market Garden, to cross the Rhine and bring a swift end to the war or, as the Germans, use a hastily organized set of defense forces to prevent the Allies from reaching their ultimate goal, Arnhem Bridge. Close Combat – Last Stand Arnhem comes with expanded force pools, reserve & static battlegroups, a troop point buying system, ferry and assault crossings, destructible bridges, static forces and much more! Also included in this rebuild are 60+ battles, operations and campaigns including a new enhanced Grand Campaign!