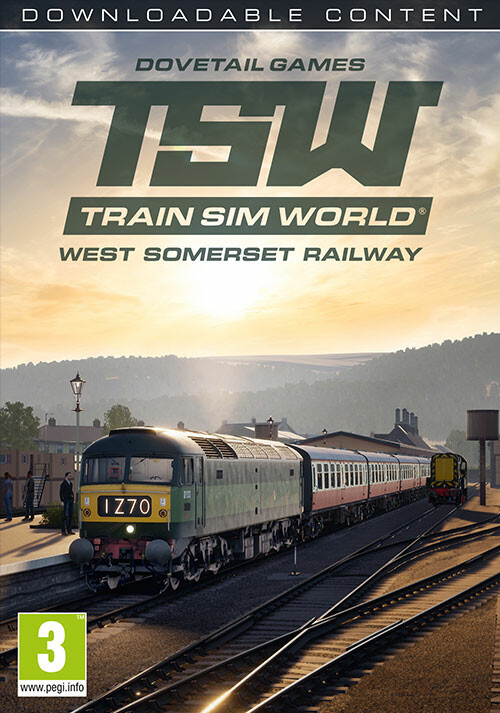 Rolling hills, golden meadows and seaside views are yours to experience in Train Sim World: West Somerset Railway, bringing Britain’s longest standard gauge heritage railway to life. Operate your trains in a diesel gala environment and keep the tourists entertained with a diesel-bashing display of powerful locomotives thundering through Somerset’s beautiful countryside. Reproduced in exquisite detail, every station, signal and milepost feel so real you could almost reach out and touch them.

It’s your job to entertain the visitors in the ever-popular Diesel Gala that’s taking place on Britain’s longest heritage railway. Take them for a trip down memory lane as you show off the characterful Class 47 and keep the trains running on time with support from the unique Class 09. Whether you’re driving, riding along or watching the show, experience all the sights and sounds of heritage railways at their best.

Take control of two icons of British motive power, the BR Class 47 Main Line locomotive and the BR Class 09 Diesel Shunter. Featuring a diesel-electric simulation underpinned with expert technical knowledge and real-world data, the performance, sounds and feel has been accurately reproduced to make them feel just like the real thing.

Train Sim World®: West Somerset Railway caters for players of all ability levels with accessible tutorials for beginners and advanced procedures for experts. Whether you're looking to get started driving trains or refreshing your expert knowledge, Train Sim World has it covered. Feel the detail as you step into the cab, take control then live out your dreams exploring the highly detailed and immersive environment in West Somerset Railway!

Choose how you want to play in Train Sim World: West Somerset Railway. Take control and master powerful locomotives, running-to-time or carrying out important tasks or riding along as a passenger and watching the world go by. Why not watch all the action unfold and capture amazing screenshots or go exploring to hunt down all the hidden collectables? Whatever you choose to do, there's lots to see and experience in Train Sim World: West Somerset Railway.