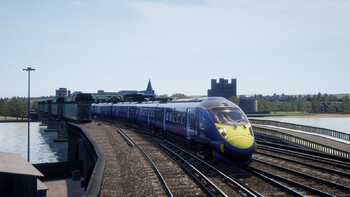 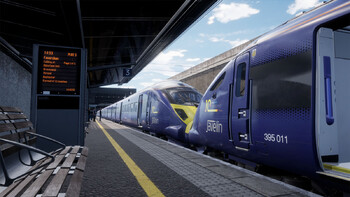 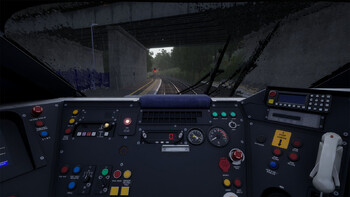 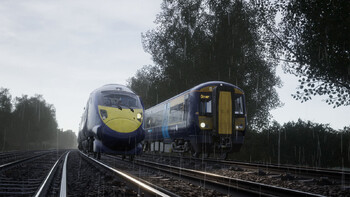 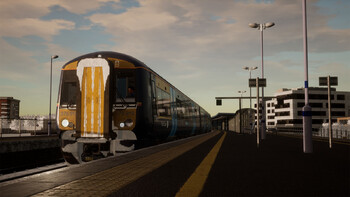 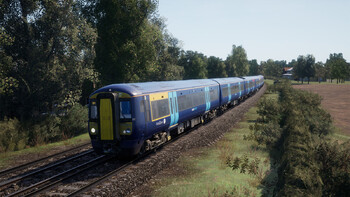 Experience the unique and exciting blend of classic main line running and thrilling high-speed commuting, aboard state-of-the-art motive power, in London and the Garden of England with Train Sim World 2: Southeastern High Speed.

The Chatham Main Line dates back to the 1860s, and has since its inception provided a link between the Medway towns and London. However, the call for faster journey times was answered in 2009, when Southeastern commenced operating domestic high-speed services on the newly built High Speed 1 route. For the past decade, services have been racing from the nation’s capital to Ebbsfleet, from where they join the classic lines and serve Gravesend, Medway and beyond.

It’s your job to take charge of these vital services; whisk commuters across the route, master the TVM430 signalling system on HS1, and keep an eye on more traditional signals on the classic lines.

Take control of the striking BR Class 395 EMU, adorning 10th anniversary branding commemorating the first decade of operation, as well as the colourful #Trainbow variant which celebrates Pride, on services between London and Faversham, including power changeovers at Ebbsfleet. Alternatively, get a taste of classic commuting from the cab of the popular BR Class 375 EMU.

Choose how you want to play; drive trains, ride around as a passenger, complete the route tasks, or simply pick a vantage point and watch the action unfold. Create your own experiences with the Scenario Planner and Livery Designer. Whatever you choose to do, there's lots to see and experience in Train Sim World 2: Southeastern High Speed.

©2021 Dovetail Games, a trading name of RailSimulator.com Limited (“DTG”). "Dovetail Games", “Train Sim World” and “SimuGraph” are trademarks or registered trademarks of DTG. Unreal® Engine, ©1998-2021, Epic Games, Inc. All rights reserved. Unreal® is a registered trademark of Epic Games. Portions of this software utilise SpeedTree® technology (©2014 Interactive Data Visualization, Inc.). SpeedTree® is a registered trademark of Interactive Data Visualization, Inc. All rights reserved. Southeastern is the registered trade mark of The Go-Ahead Group PLC. All other copyrights or trademarks are the property of their respective owners and are used here with permission. Unauthorised copying, adaptation, rental, re-sale, arcade use, charging for use, broadcast, cable transmission, public performance, distribution or extraction of the product or any trademark or copyright work that forms part of this product is prohibited. Developed and published by DTG.