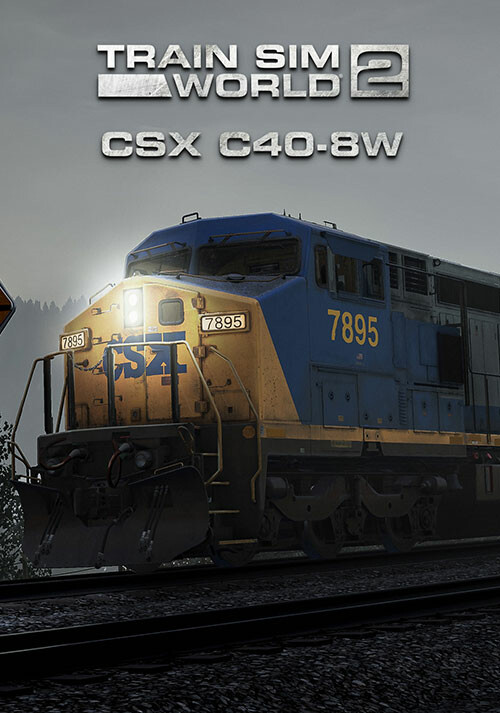 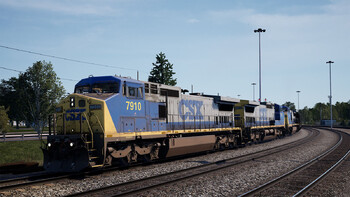 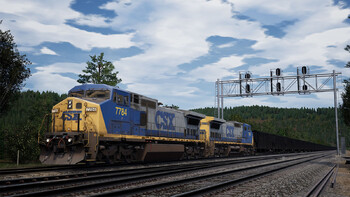 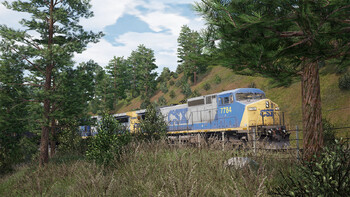 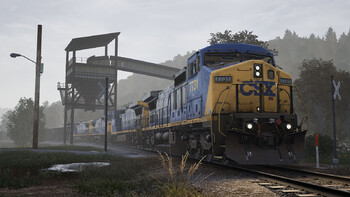 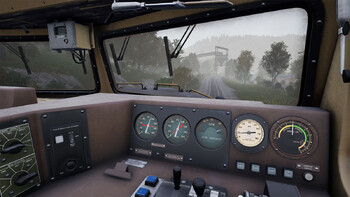 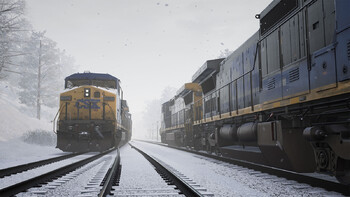 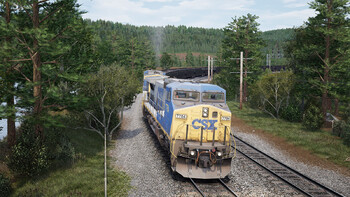 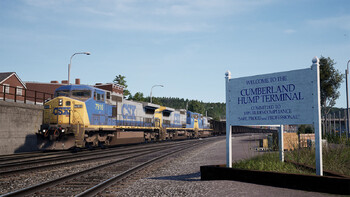 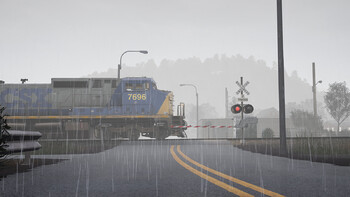 General Electric’s C40-8W (also commonly known as the Dash 8-40CW) was produced at GE’s Erie, Pennsylvania plant from 1989 through 1994. GE constructed 847 of the 4,000-horsepower, six-axle (C-C) diesels powered by the builder’s capable 7FDL16 four-cycle power plant. An evolutionary refinement of GE’s advanced line of diesels begun with the “Dash 7” series, the C40-8W is visually notable for its use of the stylish “North American Cab.”

CSX was a major customer for the C40-8W (as well as its standard-cab predecessor, the C40-8) and the railroad acquired 268 of the units in 1991-1993. CSX’s acquisition of a portion of Conrail brought with it an additional C40-8Ws and the CSX roster of the type thus exceeded 300 units. A versatile and powerful main line locomotive, the C40-8W could be found in a variety of services ranging from heavy unit-train duties to hustling priority intermodals and manifests. While CSX has begun the retirement and sale of its C40-8W, the locomotive remains in service throughout the sprawling CSX system.

©2020 Dovetail Games, a trading name of RailSimulator.com Limited (“DTG”). "Dovetail Games", “Train Sim World” and “SimuGraph” are trademarks or registered trademarks of DTG. Unreal® Engine, ©1998-2020, Epic Games, Inc. All rights reserved. Unreal® is a registered trademark of Epic Games. Portions of this software utilise SpeedTree® technology (©2014 Interactive Data Visualization, Inc.). SpeedTree® is a registered trademark of Interactive Data Visualization, Inc. All rights reserved. CSX and others are trademarks owned by CSXT Intellectual Properties Corporation and are used with permission. All other copyrights or trademarks are the property of their respective owners and are used here with permission. Unauthorised copying, adaptation, rental, re-sale, arcade use, charging for use, broadcast, cable transmission, public performance, distribution or extraction of the product or any trademark or copyright work that forms part of this product is prohibited. Developed and published by DTG.