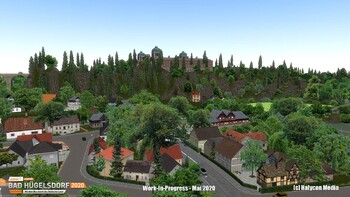 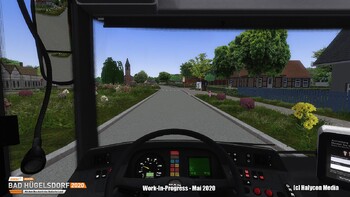 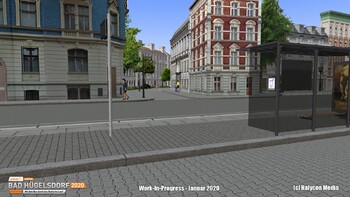 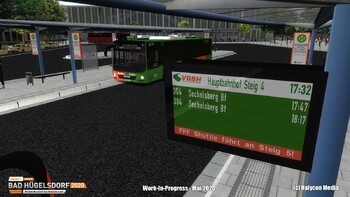 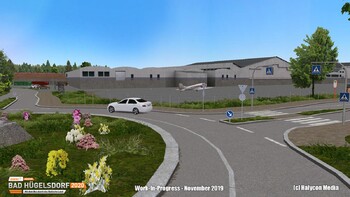 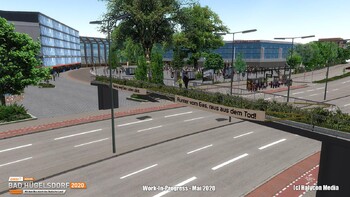 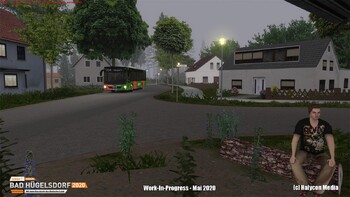 The Baden County in the southwest of Germany is considered one of the most scenic areas of the German republic. Gentle mountains alternate with elegant cities, many sights await the visitors.

It is in this landscape that the OMSI2 add-on Bad Huegelsdorf 2020 plays, combining the charm of a medium-sized town (approx. 70,000 inhabitants) with the idyll in the countryside, which in the Badener County partly reminds one of the Black Forest, which is not far away.

As a bus driver, you will get to see some typical inner city traffic on certain lines, while later on you can admire the beautiful landscape with elevations, vineyards, agriculture, forests and castles.

Either fans of city traffic or friends of the interurban traffic get their money worth.

For the OMSI2 AddOn Bad Huegelsdorf 2020 thousands of 3D objects were newly created.

Many half-timbered houses typical for the rural area were built. In the city itself, houses from the Wilhelminian period predominate, but also ultra-modern office buildings.

In addition, there are residential areas and also commercial areas.

A lot of attention has been paid to many small things, but they significantly increase the liveliness of a map. For example, you can experience outdoor dining with people sitting there to eat and drink. Also many places where people are in reality, were provided with AI people. A total of 9 lines of the “Verkehrsbetriebe Bad Huegelsdorf VBBH” and the subcontractor “Eurobus” have to be used, 2 of them are night lines. The routes vary in travel time from 20 to 50 minutes.

Many tourist attractions, such as the Baden Dinopark, the tank museum or the regional airport bring numerous passengers and thus ensure regular special trips. A MAN UE (A20) and a MAN UELL (A25) were chosen as the busses because they are ideal for the transition from city to country.

Get in, enjoy the beautiful landscape and the lovingly detailed OMSI2 map Bad Huegelsdorf 2020.