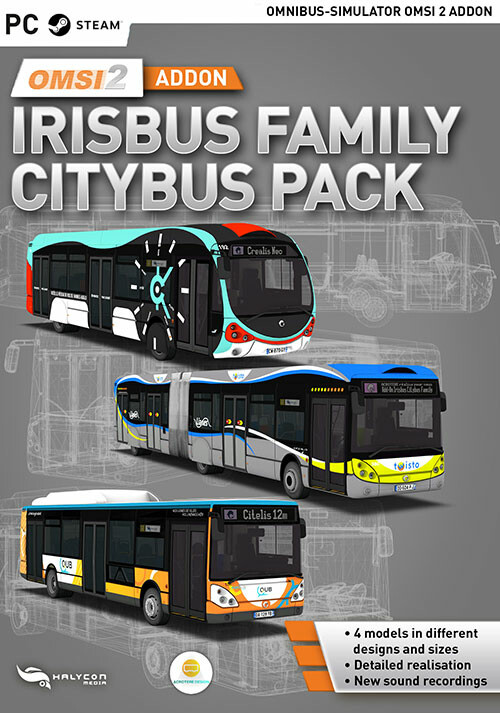 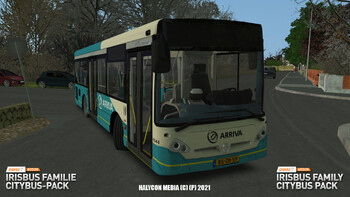 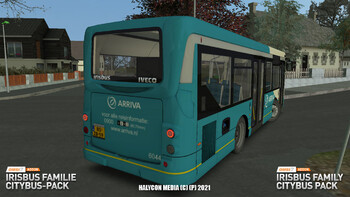 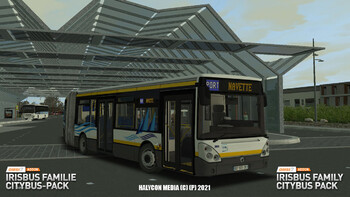 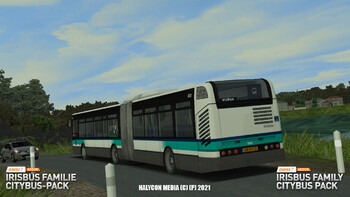 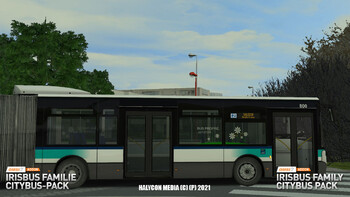 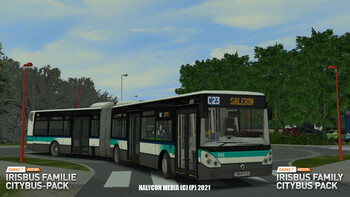 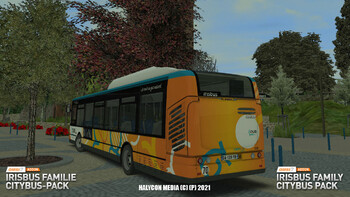 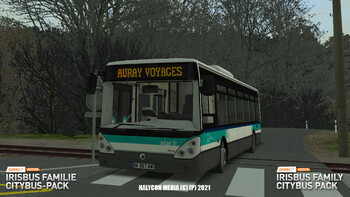 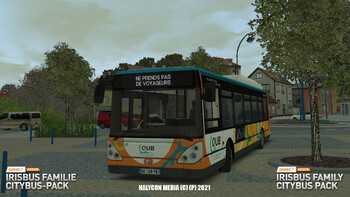 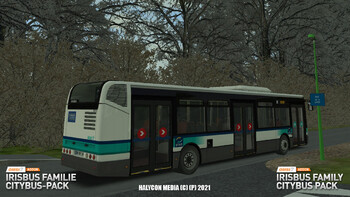 With the OMSI AddOn Irisbus Family Citybus Pack we continue the series of city buses.

A total of 6 different models are waiting in this collection for use in OMSI.

The low-floor bus Irisbus Citelis was produced from 2005 - 2013, before it was replaced by the IVECO Urbanway. It is available in three different lengths: 10, 12 and 18 metres.

The Crealis model is available in two different lengths: a 12 metre and an 18 metre version.

The Crealis neo, which stands out with a futuristic front, is available as a 12 metre version and the standard version of the Crealis is included in the pack with an 18 metre version.

Both Crealis variants are excellently suited for Bus Rapid Transit traffic, i.e. fast bus connections. They stand out visually due to their special wheel covers.

The package is rounded off with the Irisbus GX127, which was only marketed under this name outside France. It appears as a 9 metre version in this AddOn. In total, there are 3 different engines to choose from. Together with the different lengths and partly different seat Konfiguration, there are many possibilities to find your own favourite bus for OMSI.

Copyright © 2021 AEROSOFT. All rights reserved. All trademarks and brand names are trademarks or registered trademarks of the respective owners. Copyrights are serious stuff. If you find any pirated copies of this software please notify us. We will make sure reports of copyrights violation are rewarded.