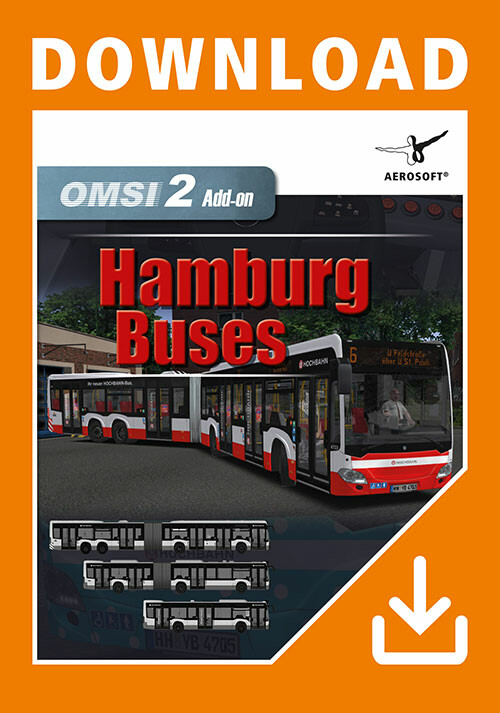 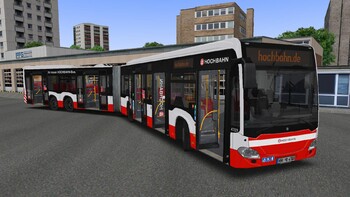 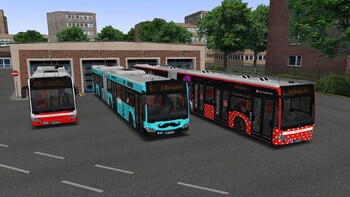 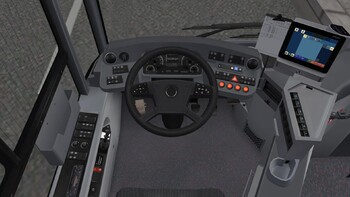 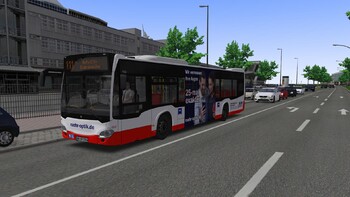 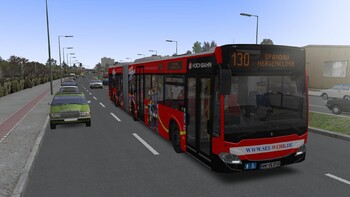 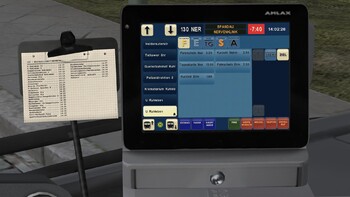 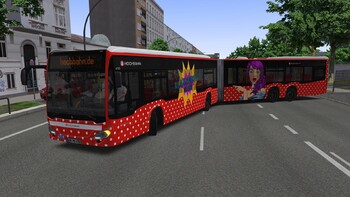 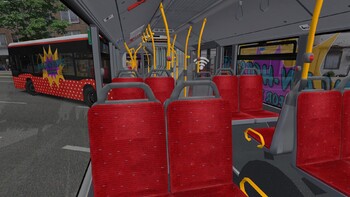 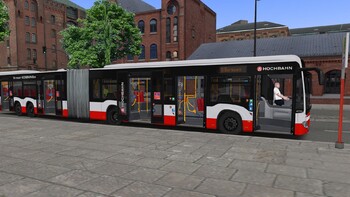 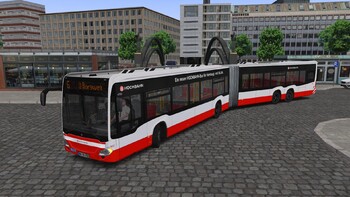 The vehicle expansion “Hamburg Buses” adds three of Hamburg’s city buses from the latest 2017 generation to OMSI. This includes the 21 metre long large-capacity articulated bus with 4 axles as well as the solo and articulated variants with 12 and 13 metres, respectively.

Compared to the add-on “Three Generations”, all vehicles now have completely new 4K exterior textures and reworked 3D models. The first thing to note from the driver’s seat is the newly modelled dashboard following the “B2E” operation standard.

True-to-original exterior sliding doors and interior swing doors, various advertising liveries along the lines of Hamburg’s buses, realistic new engine sounds both from the inside and outside, as well as 4 speed and 6 speed automatic transmissions offer a whole new driving experience. The 4K repaint templates allow users to create their own liveries.

The buses were optimised for use on the HafenCity map, supporting the special rerouting plans and special announcements. They are also compatible with other maps and ticketing systems.

THE AUTHOR DECLINES EVERY RESPONSIBILITY FOR CONTINGENT MALFUNCTIONS, DECELERATION, AND ANY DRAWBACK THAT SHOULD ARISE, USING THIS SOFTWARE. Copyright © 2013 AEROSOFT. All rights reserved. All trademarks and brand names are trademarks or registered trademarks of the respective owners. Copyrights are serious stuff. If you find any pirated copies of this software please notify us at support@aerosoft.com. We will make sure reports of copyrights violation are rewarded.